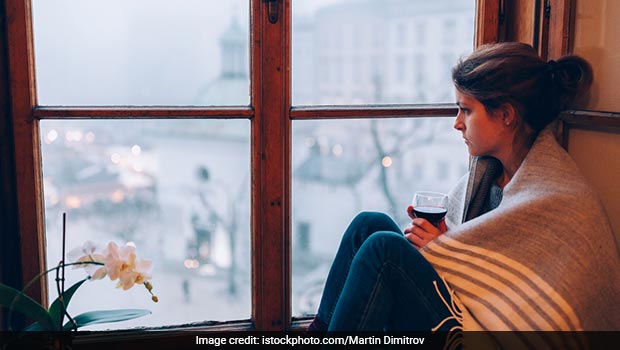 Heart disease is one of the leading causes of death in both men and women. If the findings of a recent study are to be believed, a significant population of those who suffer a stroke may be at an increased risk of depression too. Women especially are twice more likely to suffer from severe depression following a stroke than men, as per the study, published in the European Journal of Neurology.

For the study, the team of researchers followed the progress of symptoms over five years after stroke onset 2,313 people and found that 20 percent of women suffered from depression compared to 10 percent of men. Varying patterns of symptom progression were also witnessed during the course of the study. The findings stated that long-term increased symptoms of depression were associated with higher mortality rates, and that initially moderate symptoms in men could get worse with time.

Patients who had their first-ever stroke between 1998 and 2016 were recruited to the study from the South London Stroke Register (SLSR). These participants were monitored until July 2017. Participants’ mental health was assessed using the Hospital Anxiety and Depression Scale (HADS) and cross-referenced with their physical health and socio-demographic data.

Speaking about the study, lead author Dr. Salma Ayis from the School of Population Health & Environmental Sciences at King’s College London, said “While we cannot pinpoint exactly why depression is more common among women it could be that women draw more of their sense of self and self-worth from their social relationships and so are more sensitive to challenges in maintaining these. Also, as women live longer, they are more exposed to loneliness, poor physical health and loss of support, all of which could lead to depression.”

What must not skip our attention is the decrease in the likelihood of survival as depression symptoms increase. The pattern was common in both the sexes, said Dr. Salma Ayis. Monitoring symptoms of depression in stroke survivors and acting accordingly may help them with their long-term care, said the researchers.

Depression is a medical condition in which you feel low or sad for a long period of time. Diet is a very important component of mental health. Studies have found that those who consume a poor quality diet, laden with junk and trans-fats, are more likely to feel depressed. Here are some foods that are known to manage depression naturally.

3. Yogurt: A study, conducted by University of Virginia School of Medicine, revealed that depressive symptoms were reversed in mice by feeding them Lactobacillus, a probiotic bacteria found in live-cultures yogurt.

4. Carrot: Beta carotene present in carrots is known to naturally uplift the mood. You can juice your carrots, or have them in salads or sandwiches.

5. Grapes: According to a study, published in the journal Nature Communications, some compounds present in grapes might help ward off depression by targeting some newly discovered mechanisms that lead to the mental illness.

Try including these foods in your diet and see the effect on your health yourself.

Disclaimer: This content including advice provides generic information only. It is in no way a substitute for qualified medical opinion. Always consult a specialist or your own doctor for more information. NDTV does not claim responsibility for this information.