Dining closed before our match got over: Sharath Kamal on Asian Games food controversy Indian table tennis star Achanta Sharath Kamal described what happened at the Asian Games 2018 where a controversy has erupted over a photograph that he posted of him eating only “bread, nutella and museli”. Sharath complained and the Indian table tennis who had played for over three hours that particular day could not have proper food and had to make do with little food.

“At the Asian games, the dining was closed after 11 pm but we finished our matches only by 11.30. So all we had to eat was bread, nutella and muesli after playing for 3 hours that night,” Sharath Kamal told indiatoday.in.

“Diet is a very important and integral part of our routine and its helps us to keep ourselves fresh, active and strong,” Sharath Kamal added.

On August 26, Sharath Kamal and the men’s team had begun their Asian Games campaign in the Team event with a 3-0 win over UAE where, Sharath Kamal registered an 11-9, 11-6, 11-5 win over Abdulla Albalooshi. Sathiyan Gnanasekaran and Harmeet Desai also won their respective matches.

On the same day, they played another tie against Chinese Taipei that they ended up losing despite a close fight. Sharath Kamal played two matches in the tie and won one while he lost the other. Harmeet won his match while Sathiyan lost both his matches as India went down.

It was after that Sharath Kamal posted an Instagram story on his dinner, that created ripples. It bubbled into a controversy also because ahead of the Games, there were reports in the media that Indian athletes were not happy with their rooms and had complained about the food. However, India’s chef de mission Brij Bhushan Sharan Singh had rubbished the reports.

Furthermore, Sharath Kamal also spoke about how there needs to be done a lot more work towards the popularisation of table tennis in India and telecast of the various tournaments they play throughout the year.

“Table tennis still has to get it’s due with regards to popularity and active steps have to be taken for that. Of course yes, the matches have to be shown on TV or atleast internet streaming, so that people can watch and follow it,” Sharath Kamal said.

However, Sharath Kamal did say that things are getting better and since the time he began playing to today, things have been on the upwards.

“A lot of things have changed, firstly sport is taken up seriously as a profession. Not only the players but also people surrounding the sport are thinking professionally about sport. And Indians are performing well on the international circuit, thanks to the exposure of training and tournaments.” 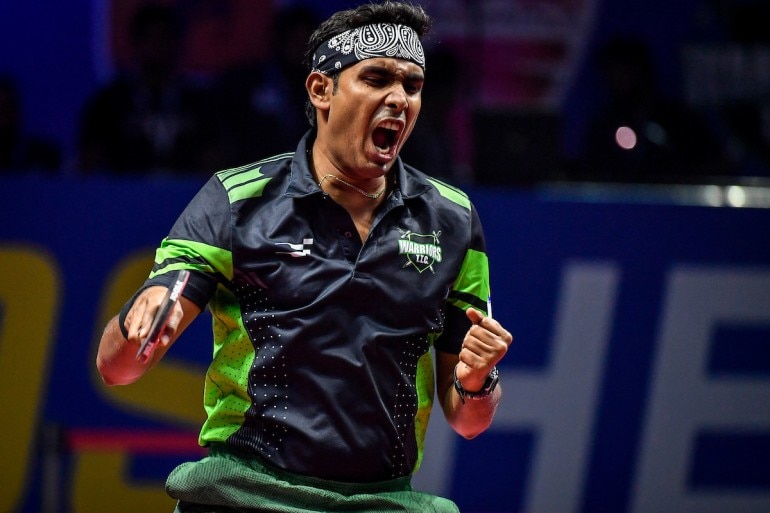 Sharath Kamal is 36 years old and only recently he reached a career-high of 30 in the ITTF world rankings. On being asked what is his motivation to keep going, he said it was down to just wanting to be better.

“I have been one of the best players from India for the last 15 years and played 13 national championship finals. I am always trying to be better and win on the international arena and that is the reason for winning that historic bronze medal at the Asian games in 2018. The motivation is to keep getting better and improving myself.”

2019 has arrived and a little over a year later, 2020 Tokyo Olympics will arrive. For all Olympics sports, this is a big year and Sharath Kamal said it will be important to focus on both tournaments and training for next year.

“2019 would be the year for Olympic qualification, so we will have to focus on both tournaments and training. With a good plan and strong training programme, we should be able to qualify for the Games.”

How a vegan diet could affect your intelligence

12 of the best breakfasts for the DASH diet, one of the healthiest ways to eat

Low-fat diet associated with reduction in testosterone among men

Your Mom Is Wrong: Your Vegetarian Diet Did Not Cause Cancer