What can we learn from ‘smiling depression’? 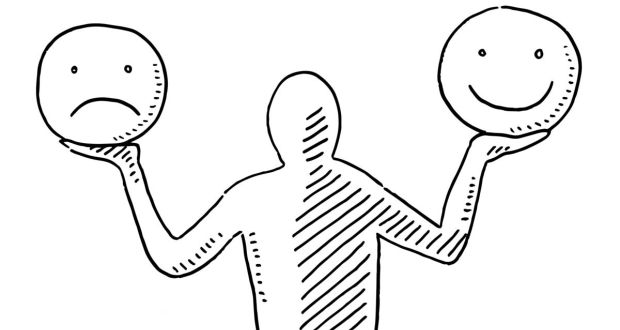 Over the festive period, I came across the term “smiling depression” for the first time. A woman used it to describe the depression experienced by her son, shortly before he ended his own life.

And as this novel description of depression has apparently been referenced a lot by young people on social media in recent months, I thought I would look into it in more detail.

Probably the most important point to make at the outset is that “smiling depression” is not a formally recognised diagnosis. It is not used by psychologists or psychiatrists. It is not classified in any current diagnostic manual. A related term used by some people is “high-functioning depression”.

People with the condition appear happy to those around them, while internally experiencing a range of depressive symptoms. Olivia Remes is a postdoctoral researcher at the University of Cambridge who says that while smiling depression is not a technical term that psychologists use, it is possible to be depressed and manage to successfully mask the symptoms.

“It can be very hard to spot people suffering from smiling depression. They may seem like they don’t have a reason to be sad – they have a job, an apartment and maybe even children or a partner. They smile when you greet them and can carry pleasant conversations. In short, they put on a mask to the outside world while leading seemingly normal and active lives,” she says.

Dr Brendan Kelly, professor of psychiatry at Trinity College Dublin, says that while smiling depression does not appear in official diagnostic classification systems, it is a very useful concept with which many people identify.

“Smiling depression is when someone internalises most of the symptoms of depression. Often, there are still some signs, such as poor sleep and anxiety, but if the person’s mood does not seem low to other people, they rarely suspect depression,” he says.

“Overall, smiling depression is a useful concept that can help people admit to themselves that they are depressed, and possibly need to talk things over with family or friends, or seek counselling or further assessment.”

Dr Harry Barry, GP and author of a number of best-selling books on anxiety and depression, is a little more cautious of the concept.

But it can be helpful in identifying those who may be at an increased risk of suicide, he notes.

Remes agrees that despite the happy exterior, people with smiling depression may have thoughts about ending it all. “The strength that they have to go on with their daily lives can make them especially vulnerable to carrying out suicide plans. This is in contrast to other forms of depression, in which people might have suicide ideation but not enough energy to act on their intentions.”

Smiling depression may be more common in people with certain temperaments. It is linked, albeit without any research evidence, to someone being more prone to anticipating failure, having a hard time getting over embarrassing situations and excessively thinking about negative events that have taken place.

Standard treatment appears to work for those identifying as “smiling depressives”. Physical exercise is helpful, as are a range of talking therapies – such as cognitive behavioural therapy (CBT).

There is no evidence to date of any specific changes to brain structure in people with this kind of depression. Attempts to shoehorn it into the existing category of atypical depression seem unlikely to bear fruit.

Probably the greatest benefit I see in focusing on smiling depression is that it provides a term that people can relate to. If it helps destigmatise depression, it should encourage people to say they need help.

And if it allows younger people who seem happy in jobs and relationships – yet feel “the sadness erode us from the inside out” – to recognise they might benefit from help, why wouldn’t we embrace the use of smiling depression?