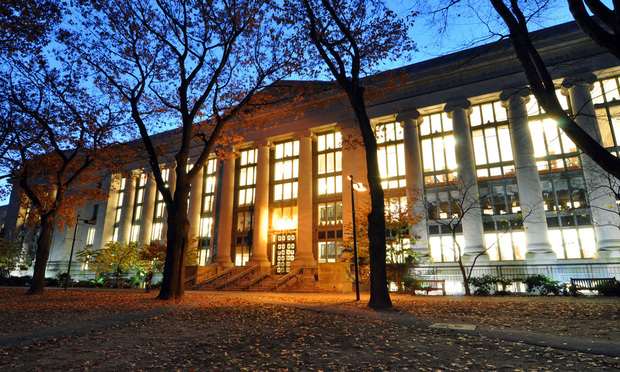 The long-awaited results of a 2017 mental health survey show that many students at Harvard Law School experience depression and anxiety and don’t get enough sleep or exercise.

The school in late December released a report to students and members of the law school community with selected findings from the more than two-year-old survey after several years of lobbying from activists pushing for better mental health supports on campus.

“The report provides us with a good sense of where we stand in the broader context of the profession, legal education, and graduate education more generally,” law dean John Manning wrote in an email to students. “Through a series of thoughtful recommendations, the Working Group also lays out an initial framework for addressing the mental health and well-being challenges on our campus. They further identify some things we can do right away to improve student well-being.”

Harvard law students are hardly alone in dealing with mental health and wellness challenges. A 2014 survey of 3,000 law students on 15 campuses found that 37% of respondents screened positive for anxiety and 14% of them met the definition of severe anxiety. Among those survey respondents, 18% had been diagnosed with depression, with one out of six being diagnosed while in law school. More than half of the surveyed students also reported getting drunk at least once in the past 30 days.

Many of the Harvard survey respondents also reported poor health and wellness practices. More than 40% of them said they don’t feel rested when they wake up most days; nearly 81% don’t meet the American Heart Association’s exercise guidelines; and more than 37% screened positive for problem drinking.

That, too, mirrors other research on law student wellness. The 2019 Law School Survey of Student Engagement, which included survey responses from 18,000 students at 70 law schools across the country, found that 51% of women said they were sleeping five hours or less per night, as were 43% of men. Similarly, 70% of women and 60% of men said they spend five hours or less a week exercising.

Harvard Law School introduced some new mental health resources in the wake of the 2017 survey, including drop-in counseling sessions on the law school campus and expanded mental health training for those who advise students. But the report recommends additional services, such as pushing for the elimination of mental health questions on bar admission applications and ensuring students know what resources are available.

“Although we can never eliminate stress or worry entirely, we can aspire to reduce the stigma associated with mental health challenges, to help students better care for themselves and their peers, and to provide the robust continuum of wellness and mental health resources that students need to thrive at HLS,” the report reads.