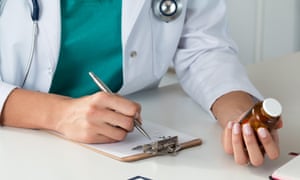 A radical ketamine-like drug has been licensed for use in the UK for severe depression, a decision that offers hope to the millions of patients for whom conventional treatments have failed.

Esketamine, taken as a nasal spray, is one of the first rapid-acting drugs for depression and the first in decades that is thought to work in a fundamentally different way in the brain. However, psychiatrists are divided on the benefits, with some hailing esketamine as a game-changer and others raising fears about the potential for addiction and abuse.

Prof Rupert McShane, a consultant psychiatrist and associate professor at Oxford University, said: “It’s undoubtedly an advance and a well-worked-out drug. It’s a drug, not a miracle. It doesn’t work for everyone, but it provides an opportunity.”

Unlike conventional antidepressants, which take weeks or months to take effect, esketamine has been shown, in some patients, to have enduring effects within hours.

The European commission announced its decision on Thursday to approve the drug, which Janssen sells in the US under the brand name Spravato.

Before the drug can be marketed in the UK, the Medicines and Healthcare products Regulatory Agency (MHRA) must decide whether it will impose any additional safety requirements, such as patients being monitored for longer periods or the introduction of a registry.

There is no scheduled date for a decision, although this typically happens within months. Nice is also expected to rule in the first half of next year on whether esketamine will be available on the NHS.

European approval was based on a series of trials, including a long-term study showing that patients who had previously not responded to conventional drugs and who were given esketamine had a 51% lower risk of relapse than a similar group given oral antidepressants and a placebo nasal spray.

Prof Allan Young, the director of the Centre for Affective Disorders at King’s College London, said having another option could make a substantial difference to some of the roughly 2.7 million people in the UK who have chronic depression and have not responded to conventional drugs.

“Doctors will have another treatment choice … For people who have got treatment-resistant depression there aren’t that many choices, and many [choices] have significant problems,” he said.

The drug is thought to work on a different brain pathway from that used by the most commonly used antidepressant drugs, known as selective serotonin reuptake inhibitors (SSRIs). These work by stopping the brain mopping up the chemical serotonin.

Ketamine and esketamine appear to act on a different brain chemical called glutamate, and in animal studies has been shown to restore connections between brain cells that are thought to shrink back during prolonged periods of depression.

Overall, the studies on esketamine have given mixed results, with two out of three short-term studies failing to find statistically significant reductions in depressive symptoms, and some have raised the potential for side-effects as a concern.

Risks listed on licensing documents include the potential for drug abuse, transient perception disorders, disturbances in consciousness, cystitis and increases in blood pressure. The licence states that the drug must be given under the supervision of a medical professional.

In October, a group of 12 psychiatrists wrote to the MHRA opposing the impending licensing decision, saying: “Short-term apparent benefits of using esketamine are unsurprising, given its similarities to drugs of abuse, and no basis for approving a drug.

“One could achieve similar results, short-term euphoria or dissociation, with various other street drugs. Indeed, we are as shocked by this recent development as we would have been had es-cocaine been submitted for approval.”

John Read, a professor of clinical psychology at the University of East London, who was among the critics, said: “The fear is that in a few years we will be having a Public Health England review into people who can’t get off esketamine. At this stage we really should be cautious.”

Young, who was involved in trials of esketamine, said: “All of the worries about the treatment causing psychosis or cravings, we didn’t see that in the data. It’s a very different scenario from the abuse scenario where people take massive doses. At the moment, safety looks good.”

McShane said he was disappointed that the European licence had not imposed a requirement for patients taking esketamine to be entered into a central registry that would enable the long-term outcomes to be tracked.

According to Young, esketamine is the first of a wave of new drugs in the pipeline for depression, including the psycho-active drug psylocibin, found in magic mushrooms, which is currently the subject of trials.

“We’re seeing lots of work with new chemical entities that are very different from old SSRIs,” he said. “Hopefully this will be the harbinger of a new era for treatments.”